This week we invited author Ebony McKenna for writing advice. 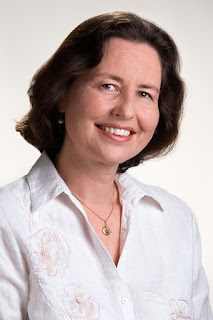 Ebony McKenna on the web:

Sign up to The McKenna Newsletter for the latest events, book release dates and exclusive content. http://eepurl.com/bc0hWf

Writing advice is like rain – sometimes it’s welcome and sometimes it can be too much. Do this, don’t do that and for goodness’ sake watch out for the head hopping!

Writing advice can be overwhelming at first, so if I could give one piece of writing advice it’s this: Do what works for you and let everything else slide for now, otherwise you might end up confused and conflicted. Also, you may become so caught up in collecting advice you won’t get the actual writing part done. After all, the writing part is the important ‘bit’ of writing.

My style of learning and writing could be summed up as ‘trial and error’. It’s much slower than absorbing everything and getting it right the first time. I mean, who really does that? Well, people who much cleverer (or should that be ‘more clever’?) than me, for a start.

Over the decades of writing, I’ve slowly developed a way of absorbing advice and working it into my writing style. It began in the early 90s, when I studied journalism at RMIT. We learned all about the structure of writing ‘hard news’ and ‘soft news’, as we called it. (‘Fake news’ hadn’t been invented then.)

It was labour-intensive, but valuable practise for the years to come. The technique made us focus on potential readers who – research showed us – often only read the first three paragraphs (which were actually sentences) of a story before moving on. They key was to hook readers with information they would want and need to know, to keep them reading.

Soft news needed a different structure. This was for longer interviews, sometimes called ‘colour pieces’. You still needed to hook the reader, but it needed to tell a story and entertain them all the way to the end. This set up my love of structure, but also gave me a realist’s view that I needed to write for potential readers, not for myself.

The switch from news writing to novels was another excuse to surround myself with structure. Novels were bigger, so they needed more structure.

But the books I wanted to write didn’t really fit with the story-telling structure that was around in the 2000s. The basic 3-Act model and The Hero’s Journey were a handy starting point, but it those structures are based on a male adventure and taking the ‘girl’ as the prize. And so, my first novel had a male hero, who teamed up with a woman (who outranked him in privilege and education and career!) who together slayed the beast and returned victorious but also a little numb from how events had affected them. It was a science fiction space opera, with explodey things and gadgets and weird sex and space flight. I haven’t read it in years and I really should pull it out and dust it off. My point being, I was trying to make my stories fit the wrong kind of structure.
It wasn’t until I joined a romance writing group that I understood there was a specifically romantic, female way of bending structure to suit our needs. We didn’t need to have a section of ‘gathering allies’ because the ‘adventure’ was not a journey of distance but of emotions between two people. How about that?

This romantic structure helped me write (and more importantly, finish) my first published novel, The Summer of Shambles. The publishers then wanted a second novel – the same but different – and I knew I could do it, because I had structure on my side. (It didn’t mean the novels became easier to write, mind you. It just meant I didn’t panic because I had a really good idea of what needed to go where.)

As I plotted and wrote four more novels, I developed romance-specific structures that really work for me. One of them is something I call The Staircase of Turning Points, which I’ve presented at several RWA conferences. It was one of those ‘lightbulb’ moments I had while reading Gone With The Wind. Chapter after chapter, there it was, that figurative staircase Scarlett had to climb to reach her goal and get her own way. Margaret Mitchell wrote it in the 1930s (published in 1936). Before she was a novelist, she was a journalist. I have a hunch she loved structure too.

I love sharing my structural adaptations with other romance writers, because I figure if it works for me, it will work for others as well. I’ve presented several workshops at Romance Writers of Australia conferences and libraries across Australia, but time constraints often meant I had to leave things out, or rush things. Now everything from those workshops is in one handy editing guide – fully fleshed out with no time constraints.

And the best part is you can pick out what works for you and apply it to your own writing.

Edit Your Own Romance Novel: The romance-friendly structure authors need to be objective about their own work 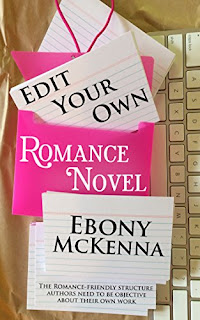 Many books will teach you how to write, but this book takes the extra step and gives writers the tools they need to become objective about their own writing, and edit their own novels.
Ebony McKenna has taken elements from many established story structures and created a romance-friendly format that romance novelists will love. Not sure how to get from the middle of the book to the Black Moment? Ms McKenna's step-by-step instructions will get your story back on track.