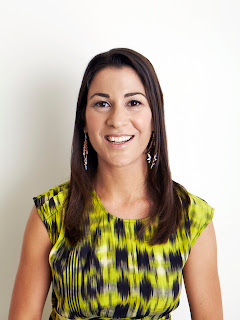 Wouldn’t it be nice if you could whip up a manuscript in one go and never have to revisit it to tweak it?


The first draft I find the most fun – and the most creative. You’re getting down your thoughts, the characters are sparring beautifully, and in your mind the story is a masterpiece.


I usually write out each scene, then do a read-through and tweak before starting on the next one. I also carry around a mini notepad which I put changes and extra lines dreamt up in whenever they come to me (usually when I’m doing something scintillating like the vacuuming). And the next time I park my derriere at the computer, I make those changes, so it’s a continual refining process.


Now comes the painful second edit. This (for me) is a lot less fun. There will be scenes that don’t work, plot threads that have been dropped, clunky dialogue, and incidents that just don’t gel with your characters. Maybe you also have to add or chop words to make a certain word count. Unfortunately, the story probably doesn’t (yet) read like a masterpiece either. But by the time, you’ve got to the end of this edit, you’ll be inching a lot closer.


By the third edit, I’m usually flying, though I may be a little sick of my story at this point – some scenes will still take me by surprise, though. “Oh, I forgot that happened – how nifty!” are words that will chime in the back of my head.


Then… ahhh… there’s nothing sweeter than getting to “the end” of that speedy third edit, when you can pat yourself on the back for a job well done and send your “baby” out into the world – be that an agent or publisher. (Maybe you’ve used a critique partner throughout too.)


I think, personally, doing any edits beyond this is overkill, because no agent or publisher expects a manuscript to be 100 per cent perfect. It’s usually just time-wasting – nit-picking, procrastinating, whatever you want to call it! – when you could be working on your next piece. After all, you know what they’ll usually require when they give your manuscript the big tick of approval? More edits! They’ll pick up the niggly bits you totally overlooked.


So then you’ll have a FOURTH chance to go through your manuscript and refine it some more, winding up with a story that’s a breeze to read. Of course, no one has to know just how many painstaking hours of work it took to craft!


Carla Caruso is the author of Second Chance and Cityglitter, available through www.destinyromance.com. Visit her at www.carlacaruso.com.au