Six Tips for Writing a Bestselling Romance Novel with Melanie Milburne and Giveaway!

We have USA Today Bestselling author Melanie Milburne and there's a giveaway of kindle copy of HIS FINAL BARGAIN. 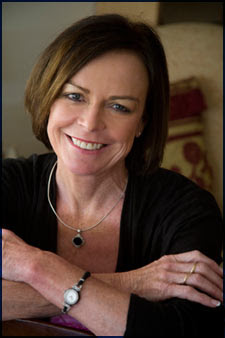 Melanie Milburne on the web:

Over to Melanie now...


I think a lot of people assume romance novels are easy to write because there are such a lot of them out there. It used to be just the bookshelves that were spilling over with masses of titles in all the subgenres of romance, but now in this digital age there is a proliferation of books just waiting to be read.


But how do you make your novel stand out from the rest of the crowd? A catchy title, a cute cover and a well-written blurb are all important, but there is much more to writing a heart-warming and memorable story than that.

I have six tips for making sure your romance novel is a standout.

Your novel is about two people - the hero and the heroine. It is not about the heroine’s best friend or the hero’s sister or brother or pet dog or cat. Complicated plots are fine in a thriller or crime fiction or family saga, but in series romance they can get in the way of a good story.


In His Final Bargain I will have to admit the plot is a little more complex than some of my other stories, but it works because the main focus is always on Leo and Eliza.

‘I have another proposal for you,’ he said.


Eliza swallowed tightly and hoped he hadn’t seen it. ‘Not marriage, I hope.’


He laughed but it wasn’t a nice sound. ‘Not marriage, no,’ he said. ‘A business proposal-a very lucrative one.’


Eliza tried to read his expression. There was something in his dark brown eyes that was slightly menacing. Her heart beat a little faster as fear climbed up her spine with icy-cold fingertips. ‘I don’t want or need your money,’ she said with a flash of stubborn pride.


His top lip gave a sardonic curl. ‘Perhaps not, but your cash-strapped community school does.’


The hero and heroine can hate each other on sight, or as in Leo and Eliza’s case have a bitter past history, but even so they must feel sexually attracted to each other and it must be obvious to the reader right from the start.

He closed the distance between them in one stride. He towered over her, making her breath stall again in her chest. She saw his nostrils flare as if he was taking in her scent. She could smell his: a complex mix of wood and citrus and spice that tantalized her senses and stirred up a host of memories she had tried for so long to suppress.

3. Get rid of back-story

The thing about backstory is it’s terribly important for you as the writer to know it, but not to dump it on the reader in the first few pages. You can trickle it in later on or use dialogue or subtext to hint at what has gone on in the past. You would be surprised at how little information the reader needs. Don’t forget that part of the enjoyment of reading is the discovery of the different facets of characters as the story unfolds.

I have told the reader nothing about Eliza’s engagement to another man or why she ended her affair with Leo four years ago, but on page 13 the reader reads:

She waited for him to speak. The silence seemed endless as he sat there quietly surveying her with that dark inscrutable gaze.


‘You’re not wearing a wedding ring,’ he said.


Eliza sought the awkward bump of the solitaire diamond with her fingers. ‘Yes… yes, I am…’


His eyes burned as they held hers, with resentment, with hatred. ‘Rather a long betrothal, is it not?’ he said. ‘I’m surprised your fiancé is so patient.’


Eliza thought of poor broken Ewan, strapped in that chair with his vacant stare, day after day, year after year, dependent on others for everything. Yes, patient was exactly what Ewan was now…

4. Tension on every page

I’ve read quite a lot of manuscripts and even published books where not much is going on for page after page. Each scene must have a purpose- it must drive the story forward or there is no point it being there. Long passages of description are fine if you’re writing a travel article but they slow a romance down and reduce tension. Keep the thread of tension running through the story; keep your characters focused on each other and their goals.


Eliza gave him a flinty glare. ‘That’s what really irks you, isn’t it, Leo? It still rankles even after all this time. I was the first woman to ever say no to you. You could have anyone you wanted but you couldn’t have me.’

I spend a lot of time thinking about my characters and how they would be feeling about what is going on in their lives. I see them as real people, as people I could meet or interact with, so it’s important for me to have them behaving and thinking and speaking in a way that is believable.


Ask yourself: If I were this person with these issues going on in my life what would I be feeling? Dig deeply, trawl your memory to see if you have felt a similar emotion or speak to someone who has.


I thought deeply about the scene where Eliza sees Leo’s little daughter for the first time. I mentally walked with her into that nursery where Alessandra was sleeping…

Eliza looked down at the sleeping child, a dark-haired angel with alabaster skin; her tiny starfish hands splayed either side of her head as she slept. Sooty black eyelashes framed her little cheeks, her rosebud mouth slightly open as her breath came in and then out. She looked small for her age, petite, almost fragile. Eliza reached over the side of the cot and gently brushed a dark curl back off the tiny forehead, a tight fist of maternal longing clutching at her insides.


This could have been our child...


There is a danger when writing a romance novel that the tension can fall flat once the couple makes love. It is important to raise the emotional stakes even after or because they have made that physical commitment.

Eliza is not free to have anything but a temporary affair with Leo while she stands in for his absent nanny, although she hasn’t told him the full truth about her circumstances.

‘Look, I don’t want to spend the only time we have alone together arguing,’ Leo said. ‘That wasn’t the point of going out to dinner this evening.’


He took one of her tightly clenched hands and began to massage her stiff fingers until they softened and relaxed. ‘The point is to get to know one another better,’ he said. ‘I’ve noticed we either have made passionate sex or argue like fiends. I want to try something different for a change.’


Eliza looked at her hand in his, the way his olive skin was so much of a contrast to her creamy one. She felt the stirring of her body the longer he held her. Those fingers had touched every part of her body. They could make her sizzle with excitement just by looking at them. It was becoming harder and harder to keep her emotions hidden away. She wasn’t supposed to be falling in love with him again. She wasn’t supposed to be dreaming of a life with him.


That was not an option for her… 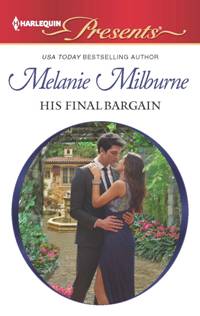 A beautiful love affair and a burning betrayal...Eliza Lincoln is stunned to find Leo Valente at her door; four years ago his passionate embrace was a brief taste of freedom from her suffocating engagement. Until Leo discovered her secret...

Yet he hasn't come to rekindle their affair. He has a proposition he knows Eliza can't refuse: she's the only person who can help his small, motherless daughter. Torn, Eliza can't ignore a vulnerable child, but the last time she was near Leo her desire nearly consumed her. Is she willing to take that risk again now that the stakes are even higher?

There's a kindle copy of HIS FINAL BARGAIN to one commenter. Tell us some of your tips for writing.