How Fairy Tales can Help Your Writing by Eliza Redgold

Author Eliza Redgold is here sharing about how fairy tales can help your writing. 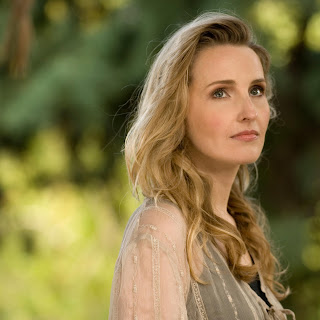 Eliza Redgold is an author and ‘romantic academic’. Her natural pen name is based upon the old, Gaelic meaning of her name, Dr Elizabeth Reid Boyd. English folklore has it that if you help a fairy, you will be rewarded with red gold. She writes fiction as Eliza Redgold and non-fiction as Elizabeth Reid Boyd. She is represented by Joelle Delbourgo Associates US.
Eliza Redgold’s bestselling historical fiction includes her Ladies of Legend trilogy, starting with “NAKED: A Novel of Lady Godiva” released internationally by St Martin’s Press New York. Her ‘Romance your Senses’ series of contemporary romances are published by Harlequin (MIRA) Australia. Her Victorian historical romances are published by Harlequin Historical  London (Harper Collins) and translated internationally. They include the W.H. Smith historical romance bestseller ‘Playing the Duke’s Mistress’. Her new Harlequin Historical ‘The Scandalous Suffragette’ is out now.

Eliza Redgold on the web:


Dance the Harlequinade:
How Fairy Tales can help your Writing

The dark-haired man leaned and picked up the book of fairy tales.  He frowned as he glanced at the title. “Is this yours?”
She nodded. His fingers grazed hers as he returned to it her.
He bowed and left the carriage.
Maud took her seat. She clutched the book, the sensation of his warm fingers still imprinted on hers.
~~    excerpt from The Master’s New Governess by Eliza Redgold
(Harlequin Mills and Boon, 2020)

In The Master’s New Governess, heroine Maud Wilmot is a teller of fairy tales. Each night, she creates a story, to the enchantment of her charge – and increasingly the master of the house.
In Victorian times, many governesses were known to use fables and fairy tales for the purposes of education. Like Maud’s, such tales were full of wonder, wisdom and sometimes warning. One real life governess, Madame Le Prince de Beaumont, published educational guides for young ladies. Her Moral Tales (1744 and 1776) became famous handbooks and included an early English translation of Beauty and the Beast. Louisa May Alcott, best known for Little Women, wrote Flower Fables (1860) to instruct and entertain Ellen Emerson, the daughter of Ralph Waldo Emerson, while author and illustrator Cicely Mary Barker ran a kindergarten with her sister, upon whom the children who attended she modelled her famous Flower Fairies (1925).
The Master’s New Governess is published by Harlequin. Did you know the ‘harlequinade’ was originally a story-telling dance, with a connection to fairy tales? Its performance in popular plays during the 16th and 17th centuries included traditional steps and some novelty, taking place between the telling of a fairy tale and a happy ending.
The harlequinade was also an important element in the development of English pantomime. It originally consisted of story-telling dances in which Harlequin, a magical character, played the leading role. In the 19th century, to ease the burden on the dancers, the harlequinade was preceded by a fairy tale. As Harlequin’s importance lessened and the fairy tales became longer and more popular, the harlequinade dwindled into a short epilogue to what became today’s pantomime. 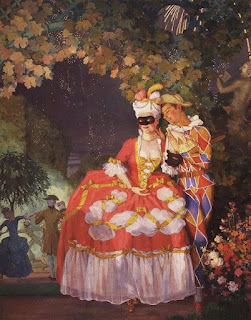 Harlequin’s dance was designed to impress Columbine, his mistress. I loved this idea so much I named one of the characters Columbine in one of my previous Victorian romances Playing the Duke’s Mistress (also published by Harlequin Mills and Boon). It’s all about actresses, Dukes, intrigues and of course, romance.
Writing romances for Harlequin reminds me of dancing. There are not only precise steps to follow, but also room for improvisation and variation. It has all the familiarity of a fairy-tale and a happy ending makes it complete.


Eliza Redgold has a new book out:

A new position for the governessAs mistress of Pendragon Hall?Unfairly dismissed from her previous position, her reputation ruined, governess Maud Wilmot is forced to take on a new identity. When she feels an ever-growing attraction to her new employer, Cornish railway entrepreneur Dominic Jago, Maud longs to reveal the truth. But doing so could end their fledgling romance before it’s truly begun…