Jacqui Jacoby on Editing and Giveaway!

Please welcome author Jacqui Jacoby as she shares about editing...and she's got a kindle copy of her WITH A VENGEANCE as giveaway for one commentater!


Write drunk.  Edit sober.  That is what Ernst Hemingway said. 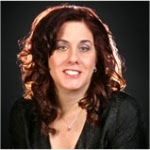 Even as a non-drinker, I would have to disagree with Papa as I just this week finished a four week project of editing and I swear, if I thought it would have helped, I would have mainlined caffeine and whiskey combined to make the process got easier.
Because let’s be honest, writing the books is where the fun lies.  It’s where the creation takes place. Characters come to life and we can see them and hear them and imagine what it would be like if we had them over for dinner.
But then the book is done and it looks a lot like a memo sheet from a backstage production of Guys and Dolls and we now have to make it all make sense so we can honesty type The End and mean it.
I spent weeks ironing out everything from working the swearing, to characters verbal expressions, to scenery and quote mark placements.
And I can up with a few ground rules to make sure I stayed sane and kept that headache at bay.
1.        Monitor the time at the computer.  Work in blocks then take a break. For me, it was work 45/break 15.  And a break can be lying face down weeping in the bed if that helps.
2.       Make sure to keep a balanced, predictable diet.  Do not binge on junk food.  Fruit, nuts, water … keep your mind clear by keeping your blood sugar balanced.
3.       Walk. Get outside and take a thirty minute walk once a day at least.  Nothing clears your head like the fresh air and the sunshine.
When you meet someone who says they tried to write a story once, but they only got to half way, that it just got boring and wasn’t fun anymore.  Think about that statement.  Yes, it’s hard work. But it’s the hard work that takes our creation and our imagination and puts it on a shelf in a store.  People will see our covers, they will read our words and we will know that every second of blasted spell check moving through 100,000 words at a snail’s pace was worth the effort.
Jacqui's latest releasing in print from April 1st!

WITH A VENGEANCE
The more she wanted out, the more they dragged her back in! 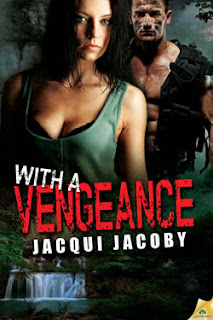 Daughter to murdered CIA officers, niece to a deputy director, Jaime Walsh has never known life outside the world of espionage. Until a high-action case in Buenos Aires leaves her gutted. Physically, emotionally…and professionally.
She’d planned for her long-overdue vacation to be a time to rest and reassess. With her longtime partner Stephen not far behind, it’s a tropical paradise away from work. A paradise where boundaries will be tested.
From their training days, Stephen Reid has watched Jaime kick ass while performing what has become his second job—watching her back. But now his feelings have grown.
As best friends look at each other in a new light, they like what they see. And Jaime dreams of a new life outside “the company”.
Except someone from their past won’t be satisfied until Jaime and the man she loves are hunted to the brink of death. Now Jaime must find the strength to trust her heart and let go of her fear. Before she loses everything…
Read an Excerpt
Read Reviews
Buy Links: