Writing Children & Pets in Your Story by Carrie Nichols #FreeBook

This week author Carrie Nichols talks about writing children and pets in your story. She has a new book out this month, The Hero Next Door. 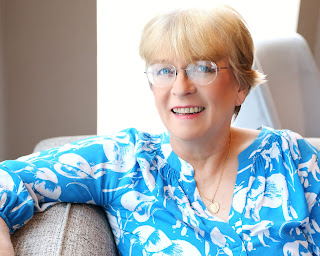 Carrie Nichols writes small-town contemporary romances full of heart, home and humor for Harlequin Special Edition and Entangled Bliss. Carrie Nichols is a hardy New Englander who traded snow for central AC when she moved to the Deep South. She loves to travel, is addicted to British crime dramas and knows a Seinfeld quote appropriate for every occasion. Carrie has one tolerant husband, two grown sons and two critical cats. To her dismay, Carrie's characters, much like her family, often ignore the wisdom and guidance she lovingly offers.

WRITING STORIES THAT INCLUDE CHILDREN AND PETS by Carrie Nichols

Remember that old Hollywood saying about never working with animals or children? Using them in your stories can be tricky too. They have a tendency to want to take over every scene they’re in.

I had to learn this lesson before I sold my first book. It was a hard lesson but has prepared me for including animals and children in my stories.

The agent I queried and who became interested in my writing said the little girl in the story kept taking over. One of the problems was that she came to me fully formed—speaking dialogue and everything. I wrote and rewrote my ms but the agent invariably came back with the same complaint. The little girl, Fiona, was taking over but we couldn’t get rid of the daughter in THE MARINE’S SECRET DAUGHTER. Finally, out of desperation, I sent her on vacation with her grandparents. I got the romance between the H/h established then brought her home at the worst possible moment…she arrived after the H/h made love and before the heroine confessed the “big secret”. I was able to use the scene I had envisioned in my head when the character came to me.

She jiggled her foot, setting off a light show in the soles of the sneakers. “They’re pink. These ones have lights. See? Grampa Mac says I don’t need lights on my shoes ’cuz everyone hears me coming.”

In THE SERGEANT’S MATCHMAKING DOG, I was a glutton for punishment because I not only have a dog but a young boy. Double trouble! Both the boy, heroine’s much younger half-brother, and the dog were crucial so I couldn’t send them away as I did with THE MARINE’S SECRET DAUGHTER. As you may have guessed from the title, the bond between the boy and the dog brings the H/h together and works to keep them together. I used the dog as a sounding board for the hero’s thoughts and the dog’s reactions to give the dog a personality too. For example:

“Forget it. I’m not in the market. Even if I was—which I’m not—my thirty going on fifty is definitely too old for all that fresh-faced innocence.” He snorted. Is this what his life had come to? From maintaining the discipline and efficiency of the men under his command with field training exercises to arguing with a dog over a woman?

Radar auditioned a different sound, but Gabe stood firm. “What do you know? You’re a dog. My guess is she had your undying devotion when she mentioned she baked cupcakes.”

So, the dog became a vital part of the romance instead of simply stealing screen time. The growing relationship between the boy and the hero forced the hero to examine his own tangled relationship with his late father. It contributed to his growth as a character.

In THE HERO NEXT DOOR, the kittens also helped the romance. For example:

She halted in the doorway at the sight that awaited her. Cal was sprawled in the recliner with one tabby kitten curled in a ball on his chest and another by his shoulder. All three were sound asleep.

Who could resist that picture? Certainly not the heroine.

In THE SERGEANT’S UNEXPECTED FAMILY I had a bottle-fed calf that I also used to illustrate the heroine’s optimistic approach to life and how it affected the hero’s more pessimistic attitude. For example:

He led the calf toward an empty stall.

“I’m counting on you to cooperate and survive,” he muttered in the calf’s ear and glanced back toward the open office door. “You wouldn’t want to break her heart, would you?”

Including children and animals in your story can be fun and rewarding as long as you’re aware that they both must serve a purpose if they are going to take up space on the page. They say dialogue must earn its place in your story by revealing character, backstory, answer story questions, add humor, or create sexual/romantic tension. The same is true of children and animals.

I’ll leave you with an example from my current WIP. It’s an as yet untitled January 2023 release from Harlequin/Mills & Boon. In this example the little girl is used to increase tension between the H/h and to add some comic relief.

The young girl crossed her arms over her chest. “But I want to know why Mitch made you mad.”

“He didn’t make me mad, sweetie.” The woman bared her teeth in what was probably supposed to be a smile, as if that would put some weight behind her words.

Phoebe tilted her head and pointed. “Then why does you got your mad face on?” 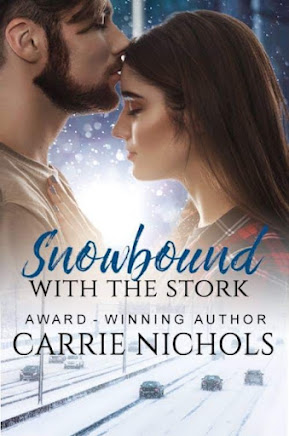 Love—and kittens—to the rescue!Olive Downing has big dreams for her Victorian bed-and-breakfast. She doesn’t need her handsome new neighbor pointing out the flaws in her plan. But Cal Pope isn’t the average busybody. The gruff firefighter can be sweet, charming—and the perfect partner for the town fundraiser. Then Cal surprises her with two adorable rescue kittens. Maybe there’s a soft heart underneath his rough exterior that needs rescuing, too…From Harlequin Special Edition: Believe in love. Overcome obstacles. Find happiness.Small-Town SweetheartsBook 1: The Marine's Secret DaughterBook 2: The Sergeant's Unexpected FamilyBook 3: His Unexpected TwinsBook 4: The Scrooge of Loon LakeBook 5: The Sergeant's Matchmaking DogBook 6: The Hero Next Door