The backstory will wait...

This is not new advice, but it does stand repeating. I write short romance, but my characters always have a massive backstory. I could write whole chapters before I get to where their story as a couple starts.

I've said that twice, because it's important. It's a romance. The reader wants to see your hero and heroine together.

If you're writing short romance, you don't have the luxury of a slow lead in. You have to begin at the moment of change.

It's not essential for the hero and heroine to meet at this point - although it's really good if they do. I have written a couple of books where the hero and heroine don't meet until the end of chapter one. But that's rare and they were both written in the first person viewpoint. Also rare.

What is essential, is to avoid the information dump. The who and the why will wait. When the moment to reveal the past arrives, don't waste the opportunity for reaction, touching, comfort, horror - whatever that scene is supposed to convey - on a friend, or even worse in narrative. Revelation should be saved for a major scene between the hero and heroine. Face to face. Talking to each other.

First you have to introduce those two characters in a dynamic and compelling way that will make the reader eager to know more about them.

The book I'm working on at the moment opens with my heroine angrily confronting her neighbour. The first, establishing scene is in his viewpoint and while my heroine is making her point very forcibly, my hero is revealed through his own thoughts and actions.

Lucien Grey's first reaction to the furious pounding on his front door had been to ignore it. After a succession of village worthies, from the vicar to the chair of the parish council, had called to introduce themselves, invite him to open the village fete, join the tennis, bridge and cricket clubs, all of which he'd politely declined, he'd found a screwdriver and removed the knocker.

We have his name, that he's some kind of celebrity since they asked him to open the village fete, and that he's reclusive.

And then there's a furious pounding on the door.

Concerned that there might have been an accident in the lane, that someone might be hurt, he curled his fingers into fists to stop them from trembling and forced himself away from his desk.

Confronted not with a bleeding casualty, but a furious female, wearing dungarees, her hair tied back in a scarf and thrusting what looked like a fistful of wilting nettles in his face, it was too late to regret his decision.

So now we know that despite something seriously wrong - trembling? - he will force himself to go and help someone in trouble. And we see Honey through his eyes. He tries to get rid of her. She isn't going anywhere until she's had her say. And in response to one of his less than tactful remarks she says something unforgivable - she is very angry - and he grabs her wrist.

She didn't back off, try to pull away. On the contrary, she took a step closer, dark blue eyes flashing at him. Large, long-lashed, very dark, very angry blue eyes that sent an explosion of memory, a flashback to a burst of pain in another time, another place.

She's not intimidated and we begin to get an idea why he's living as a recluse.

Then, as Honey leaves, we switch to her viewpoint.

Now that the rush of adrenaline-fuelled anger had receded, it was clear that the man who had once courted danger in his flak jacket and helmet, veteran of a thousand reports to camera while under fire in the world's trouble spots, had a pale, hollowed out look.

Nothing like the tanned, vigorous man whose shrapnel wound she had cleaned and stitched in a field hospital while he had fretted irritably over the length of time it was taking.

She gives us his background, a little more of his character and firms up the reason why he's living as a recluse on the edge of an English village. All in less than 50 words. We get something of Honey's background, too and that they've met before, on the front line of a war zone, although she was masked and gowned and he doesn't recognise her. Yet.

And they're both living in a quiet English village. Hmmm.

At this point I'd written around 2,500 words - and it still needs work - but not only have I set up the confrontation, interest - however reluctant on the hero's part - and the necessity for an apology on both sides, but just enough backstory for the reader to understand what is driving them.

You don't need a lot of detail, or a glut of backstory to hook your reader on the first page. This is not the time for explanations, it's the time for action, dialogue and just enough description to show character rather than figure or wardrobe.

PS The two "first person" books I mentioned are City Girl in Training and A Surprise Christmas Proposal. 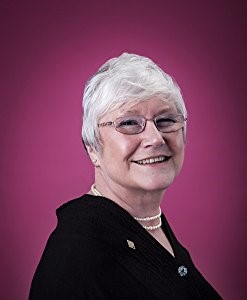 Liz Fielding has been writing her award winning romances for nearly thirty years.  The setting for her first book, An Image of You, was drawn on a safari camp in Kenya that she visited regularly when living there with her civil engineer husband, who she met while working in Zambia. She has also lived in Botswana and the Middle East, but has now settled in West Sussex, close to her daughter and grandchildren.

Her latest book, Christmas Reunion in Paris is out now.

With the one that got away! 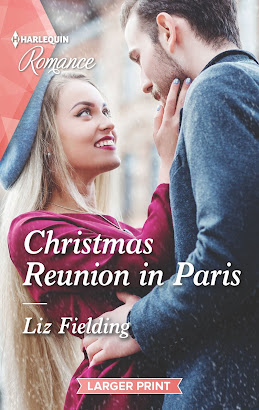 Celebrity chef James Harrington never expected to find himself face-to-face with Chloe, his first love, again… Especially with her working as a chambermaid at his luxury hotel! Their chemistry’s as strong as ever, but it’s clear she’s hiding a secret. This Christmas, can James convince Chloe that their love is worth taking a chance on—again?
Buy on:
Amazon US                  Amazon UK          Amazon Aust