Finding the Balance Between Reality and Fantasy: Part 1 by Dani Collins

We have author Dani Collins this week talking about "Finding Balance Between Reality and Fantasy". She also has a new book out this month, Untouched Until Her Ultra-Rich Husband. 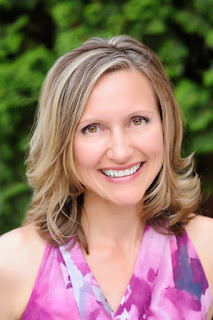 Finding the Balance Between Reality and Fantasy: Part 1

One of the most common criticisms of the romance genre is that it’s not ‘realistic.’ I take issue with this because I work really hard to make my characters relatable and ‘real.’ 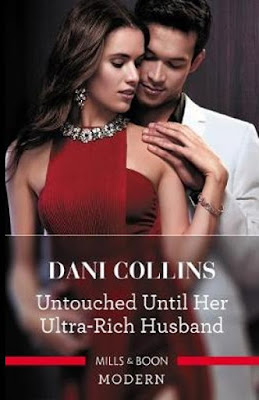 At the same time, with Harlequin Presents/Mills & Boon Modern, the whole point is to sweep the reader into a world of glamor and luxury. In my latest book, Untouched Until Her Ultra-Rich Husband, I was asked to take those touches of wealth into the stratosphere, which ran the risk of being cartoonish.

Today I’ll share some tips on how I build the fantasy world of obscene wealth (when I don’t actually live one myself) yet ensure my characters feel like someone the reader wants to be friends with.

Part 2 of this 2 part post will be on Learning to Write here.

I write a lot of billionaires and always try to explain whether they’re self-made or inherited and how they feel about their money. If it was hard-earned, are they possessive or do they take an attitude of ‘it comes and goes’? If it was family money, do they struggle under the weight of responsibility? This rounds out the hero’s character and helps the reader relate to him. He’s not a ‘billionaire.’ He’s a man who happens to possess disgusting amounts of money.

I’m often asked how much research I do and I always say I don’t do a lot, but when I consider how often I pop online to look up ‘most-expensive whiskey’ or ‘designer shoes’ or ‘blue sapphire engagement rings’ then I probably research about an hour a day. (Pro-Tip, make a Pinterest board so you can refer to those images again during revisions.) 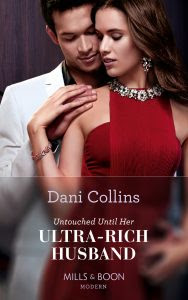 When adding the high-end touches to my books, I again try to make the choices personal. Nearly all my heroines wind up with jewelry and a ballgown, but I’m fussy about the details. Same goes if I give my hero a car. And I always consider how my characters feel about things.

Here’s an excerpt from Untouched Until Her Ultra-Rich Husband that demonstrates what I think is a very practical, realistic state of mind on Gabriel’s part, despite the luxury that surrounds him:

Gabriel glanced at the square face of his gold Girard-Perregaux and calculated the approximate time until he would land.
Such affectations as vintage watches and Valentino briefcases meant nothing to him, but appearances mattered to everyone else. He always played to win, even at “who wears it best?” so he ordered hand-sewn suits in rare wools like vicuña and qiviut. He had his leather shoes lined with the softest materials when they were custom cobbled in Italy. He hung all of it off a body that he ruthlessly kept in peak athletic condition.
He wore sunscreen and moisturized.
And he genuinely didn’t care that folding his grandmother’s net worth into his own would tip him into the exalted echelon of world’s first trillionaire. All it meant, quite inconveniently, was more work—yet another thing he didn’t need.

As you can see, keeping the reader believing the story—no matter how outlandish it might be—comes down to showing character reactions and making those reactions relatable. The reader doesn’t need to believe the world is real, only that the people within it are actually a lot like herself.

FUN FACT: Ironically, Luli was inspired by a real person. While my son was at school learning computer programming, he mentioned his classmate named Luli. I liked her name so much, I stole it for my heroine (with her permission.)


Untouched Until Her Ultra-Rich Husband 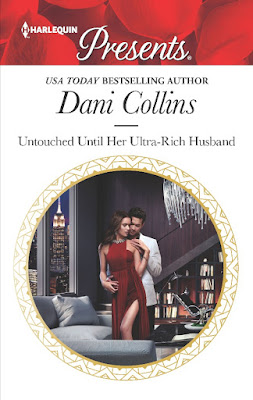 The only woman to challenge him……is the only woman he’ll marry!Multibillionaire Gabriel Dean is so outrageously wealthy that when computer genius Luli Cruz uses her skills to hold his inheritance to ransom, her audacity simply amuses him! Innocent Luli needs Gabriel’s help to avoid destitution. Gabriel’s solution? He’ll secure both their futures by marrying her! But sweeping wide-eyed Luli into his luxurious world, Gabriel discovers the chemistry with his untouched wife is priceless…Welcome to the exclusive world of the ultra-rich…