Kathy Stewart: Adding a Shine to Your Novel

This week we have author Kathy Stewart talking about Adding Shine to Your Novel! 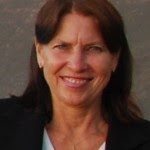 Kathy Stewart on the web:


Adding a Shine to Your Novel

So you’ve finished your first draft. Congratulations! That’s a wonderful achievement. Before you rush into self-publishing or sending your manuscript off to a traditional publisher here are three quick and easy tips to add a shine to your novel that will help it stand out from the crowd.

Speech tags are the attributes at the beginning or end of a piece of dialogue, such as ‘he said’ or ‘she said’. While using them is not wrong, you can produce a more polished piece of work if you omit at least some of these and use action to attribute the dialogue instead. Have a look at these examples.
“We need to keep moving,” Barry said.
“We need to keep moving.” Barry turned up the collar on his coat and bent into the wind.
The first sentence has a plain ‘Barry said’ attribution, so we know who is talking but little else about the scene.
In the second sentence, we not only know that Barry is talking but also that it is windy and that it could be cold because he’s wearing a coat and turns up the collar. The second sentence is far stronger and paints a more vivid picture.
Not all speech tags need to be removed, though. Some might be needed for the rhythm of a passage, but leave out those that you don’t need and your work will be stronger.
While you’re at it, if you’ve used lots of different types of speech tags, such as ‘he announced’, ‘he stated’, ‘he pronounced’ then consider changing these to a simple ‘he said’ instead. ‘He said’ is almost invisible, whereas other attributions can become irritating and even comical, which is something you definitely don’t want.

Another way to polish your work is to do a search for words ending in –ing. Once again, not all of these words will need to be changed, but there are some that you could change and thereby strengthen your work in the process.
Generally speaking, if you’ve used –ing words as part of a speech tag, they can very easily be changed to an action instead and are really far more effective that way. Have a look at our earlier sentence.
“We need to keep moving,” Barry said, turning up the collar on his coat and bending into the wind.
“We need to keep moving.” Barry turned up the collar on his coat and bent into the wind.
The first sentence is correct, but the second sentence is far stronger. You have also managed to take out a speech tag, so editing your work this way can eliminate two problems in one go.
Also, if you’ve used the –ing ending as the continuous form of a verb, these can often be changed to the simple past tense without affecting the meaning of your sentence too drastically, and the result can add great polish to your work.
Chloe was flying above the treetops.
Chloe flew above the treetops.
James was sprinting as fast as he could.
James sprinted as fast as he could.
Changing from continuous to simple past tense does change the meaning slightly, so use your discretion here and only change those verbs that can bear changing without affecting your meaning too much.

Some writing teachers advocate removing adverbs entirely, but I think that some, used effectively, are fine. The problem comes in when they’re overused and, like speech tags, they can become annoying. The most commonly overused adverbs are those ending in –ly, so it’s easy enough to do a search for those words in your manuscript and check whether you really need to use an adverb at all. The sentence might be better if you changed the word or left it out altogether. Have a look at these sentences.

The first sentence is correct, but it contains two adverbs: loudly and quickly. If you look at the second sentence, you’ll see that both adverbs have been taken out and the sentence is stronger. Shouting is loud, so ‘loudly’ is redundant, but the word ‘running’ is a little flat. In the third sentence we’ve replaced ‘running quickly’ with sprinting, which is a much better word; and by the fourth sentence we’ve applied the principles we learnt about earlier and taken out the speech tag and the –ing words.

As you can see, these are three quick and easy principles to apply and making these changes to your manuscript will certainly add a shine to your novel.

Kathy has a new novel out:  Mark of the Leopard

From the author of Chameleon comes this historical fiction novel, Mark of the Leopard, the second in the African history series, a story of romance, mystery, danger and betrayal set against a backdrop of wild lands and raging seas. 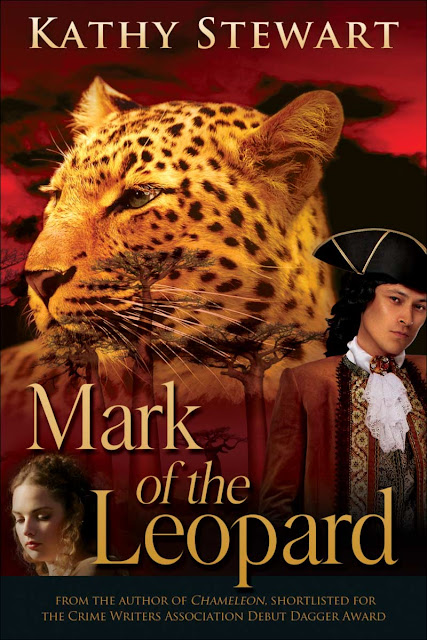 In 1703 Sabrina Barrington and her children are shipwrecked and presumed drowned off the Cape of Good Hope, the site of the present-day city of Cape Town. Fourteen years later, an investigator tells Sabrina’s brother, Lucien Castle, that one of his sister’s children has been seen on the island of Madagascar, off Africa’s east coast. It is imperative to return the youngster to England before his twenty-fifth birthday, otherwise his grandfather, the corrupt and detested Robert Barrington, will usurp his rightful inheritance. Castle is the only one who can confirm the young man is not an impostor. In order to do this he must leave the comfort of Amsterdam in Holland and embark on a journey into the unknown.
Will Castle be able to overcome his demons and find his nephew in time? Or will he succumb to the perils that beset his epic expedition every step of the way?
In a voyage that takes them from the untamed island of Madagascar to the storm-tossed Dutch outpost at the Cape of Good Hope, Castle and his companion must face innumerable dangers and battle not only rival investigators but also each other.

Mark of the Leopard