This week  Author Linda Lee Kane is sharing The 7 Key Traits of Enduring Characters.  She has a new book out, Death on the Vine.

Linda L. Kane MA in Education, PPS, School Psychologist, and Learning Disability Specialist, is the author of Death on the Vine, Chilled to the Bones and The Black Madonna. She lives with her husband, three dogs, one bird, and eight horses in California. 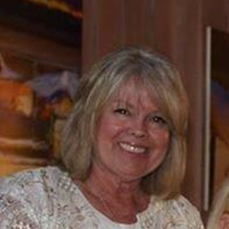 Linda Lee Kane on the web:

The 7 Key Traits of Enduring Characters

Have you ever read a book or seen a movie that had such great characters that even now, months or years later, you still think about them?
That’s the real magic of storytelling. Being able to write a character that sticks in someone’s heart and mind all their life is incredibly powerful or exciting for one person maybe different for someone else.
But there are a few trends. If you study memorable characters that have endured over time, you’ll find that certain traits show up again and again. This article contains 7 traits in particular that can help your characters carve a spot in the mind of readers (although there maybe more than these 7).
Before we get into the good stuff, let me start this off with two caveats.

First: Don’t make all of your characters all seven of these traits. In Most cases, that’s just bad writing (but there are always exceptions). Pick one, maybe two. Or none, or bits and pieces of several! None of the things listed are set-in-stone the only way to have an enduring character. They’re just guidelines.

Second: Don’t assume that giving your characters one or two of these traits will instantly make them a great, well-rounded character. It’s not that easy. Strong characters have a lot of complexity and need a lot more depth that what I can explain in just one list.
And with those warnings, I give you 7 traits of Enduring Characters. I got this information at a writing conference and I’m excited to pass on what I’ve learned.

2.  There’s something about this character that we don’t fully know. If your character has a dark past, it’s usually best to keep most of it in the dark-at least for the first half of the book. Don’t tell us everything upfront. Make us Wonder
Example: Think of Strider (Aragorn) from The Lord of the Rings, the first time we meet him. He’s dark and mysterious and up to something. We don’t even know if he’s good or bad yet. Argorn ends up fitting some of these other traits too, but right off the bat, this is the first one we see.

3.  Worth of redemption.
This can apply to anti-heroes, villains, or anyone else applicable in your story. They’re a big jerk, but a tiny spark of humanity can sometimes help bring them to life. Maybe they’ve got a soft spot for someone or something, or maybe they truly believe they’re doing what they’re doing for the greater good. It can even make your villains scarier, because it makes them harder to pin as nothing but an evil monster-it’s not black and white like that. The real villains aren’t always so obvious.
Examples: This can become a really gray area of morality, since some characters do things so awful that some readers will NEVER forgive them, regardless of their redemption ar. But a character like Loki in Marvel’s Thor movies is a good example. His bitterness causes him to lash out and do awful things, but Thor still believes his brother is capable of redemption. He still sees the good in a family member who he loves so much.

Either you know you can trust them, or you know you can’t. Obviously you can’t give this trait to all of your characters, and actually, it’s not a predictable as you might think. Just because we can’t trust someone doesn’t mean we know what they’re up to. We’ll be anticipating their move but completely unaware of what they’re planning-which is actually a great place to build tension. As far as highly loyal, sometimes it’s nice to have that one character that is a ‘safe sot’ for your character. You need to take breaks from the tension every now and then!

Example: Back to Lord of the Rings, we have Sam, who is infinitely loyal to Frodo. When Frodo is trying to leave the Fellowship and go on his own, Sam follows Frodo’s boat into the water even though he can’t swim and almost drowns as a result. When the end is near and both are completely spent, Sam finds the strength to carry Frodo partway up the mountain. This incredible, selfless loyalty and friendship endears Sam to viewers.
Example: Queen Levan from the Lunar Chronicles fits the opposite side of the spectrum as someone highly treacherous. She is loyal to absolutely no one and will lie, manipulate, and mislead to get what she wants. She claims loyalty and faithfulness to her kingdom, but knowingly imposes harsh living conditions on the vast majority of her kingdom. She claims loyalty to the man she’s in love with, but manipulates him just as much as everyone else and twists the promises she made him to her own benefit.

4.  Consistent, but capable of surprises.

People are usually pretty consistent based on their personality traits. They tend to make choices based on their core values, which can vary a little, but for the most part they stay on the same route. At the same time, they’re not flat-they’re capable of making an unexpected choice.

Example: Since we’re talking about the Lord of the Rings so much…how about Merry and Pippin? They’re consistent in their role of comic relief, and in the earlier movies, they’re not capable of much (they don’t have special skills or combat training). Despite this, they show themselves to be quick-witted and brave when the time calls for it and they pull off incredible, unexpected feats.

These characters accept the challenge. When no one else will volunteer, they step up. When it comes to the life of someone they care about, they’re willing to risk their own welfare. This can make for an interesting read when we know they’ll give 100m% when things get rough-even die if they have to.
Example: One of the most obvious examples here is Katniss from The Hunger Games. She speaks up and volunteers for almost certain death to save her sister’s life. This sort of knee-jerk reaction that she had to speak up is one of the first impressions we get of her, as readers.

This doesn’t have to be romantic loves story-just any powerful relationship. The lengths your character will go through for their friend/lover/family member/etc. can make them more enduring as a character, because of the worth in their relationship.

Examples: Romeo and Juliet; Katniss and Prim; or Harry, Hermione, and Ron. It's more about the relationship and the lengths one will go to save/protect the other.

7.  Succeed at the impossible.

They are an expert of their task-they can do things most couldn’t dream of accomplishing. Sometimes there’s a little bit of wish-fulfillment in a character meeting this trait, which is why you can’t have it in every member of your cast. Occasionally, however, it’s nice to have someone who’s really good at what they do.
Example: This describes a TON of main characters, especially in the fantasy and sci-fi genres. Think about Luke Skywalker, Katniss Everdeen, Frodo Baggins, even characters on Scorpion. Anyone who’s overthrown an empire/government, anyone who save the world from certain doom. You’ll also notice that many of these characters are an expert at a certain task or skill. When they’re in their element, we have someone we can root for because we’re confident in their ability to come out on top.
Many of these iconic characters possess 2-5 of the traits, so remember-you’re not limited to one, and you don’t have to squeeze in all 7.


Death on the Vine 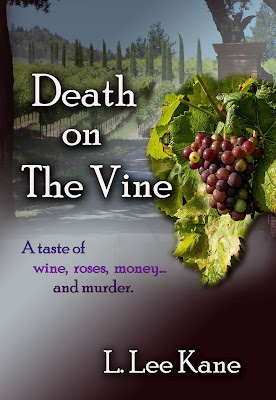 Just before high school graduation, Daisy Murphy returns home from a football game and finds her mother standing over her abusive boyfriend’s body—holding a bloody hammer. In the aftermath, Daisy flees her home and eventually establishes a new life as an expert winemaker in the Central Valley of California. But as hard as she tries to get away from her past, the effects of that horrible night travel with her.
Detective Jake Frisco has unearthed a murder at the vineyard where Daisy is employed as the winery’s expert winemaker. It doesn’t take long to discover that Daisy is haunted by her past and carries a heavy burden. It seems that possible involvement in an unsolved murder is part of her life’s baggage. Does this put Daisy at the top of the suspect’s list? Can he put aside his growing feelings for her and follow the leads in the case, even if they take him straight to her as the murderer?
Can Daisy finally face her past and trust that the truth she offers the Detective will be enough to save her? Will she find the courage to ask for a future beyond the sorrow of her youth—a future filled with love and self-worth?