How to Create a Compelling Opening Scene by Nina Harrington

We invited author Nina Harrington this week for our weekly does of writing craft! 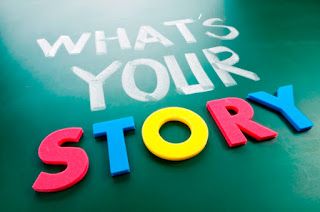 I recently picked up the latest release from one of my favourite authors and got myself comfortable, ready to dive into a new story world, packed with interesting characters.
Half an hour later, I put the book to one side, feeling disappointed and let down. The author had totally failed to deliver on the promise that he had made to me when I picked that book up, and in the back cover blurb.
I know how hard it is to create a full length novel and this book was traditionally published, and carefully edited. So why did the first few chapters simply fail to engage me?

By the end of the first chapter:

I did not have one scrap of empathy or sympathy for the main character.  I simply did not care about him or his world. As a result I was not engaged with the character or his situation.

I had no idea what he needed or wanted in his life, or what mattered to him.  I had no clue what he feared most in life or what would happen if that event should occur. I didn’t know what motivated him.

There was no energy in the writing. It was full of info dump and exposition and felt flat, even though several characters were involved in a dialogue for most of the chapter.

There was no conflict, inciting incident, trigger or call to action which would intrigue me, and encourage me to read on.  As a result, there was no central dramatic question for the story to answer.

No stakes and no conflict = no interest.
This is why story structure is so important.

Think of an architect designing two buildings. One building could be a modern family home, and the other building an office block.
Both buildings have the same footprint, and share the same basic construction of wall supports and ceiling joists, which ensure that the building is solid and robust.

The foundations are precisely the same – but the final shape, height, interior and appearance of the two houses could be completely different.

Let’s use story structure to craft the first scene of your book.

How to Craft an Opening Scene that Packs a Punch

#1. Context.
Use the setting and time of day to create the context for the character.
Are we in a smart contemporary restaurant in Paris, or on the deck of a 18th Century pirate ship? This is crucial to help the reader dive straight into the action and instantly  establishes the genre expectations through use of specific detail.
For example. My story begins in contemporary Alaska in February.

#2. Select one point of view [POV] character.
This is the character we want the reader to engage with from the start, and is usually the character who is going to experience the greatest character arc because of the romance relationship. It can be the hero or the heroine in  a romance.
For example. My hero is Scott Elstrom.

#3. Goals. Start the scene with action and a specific goal. Reveal to the reader why this character wants to achieve this goal so badly. What is at stake?
What does the POV character want at the start of the scene? They have to be proactive and want this thing desperately. The motivation has to be crystal clear and easy for the reader to understand and relate to.
For example. Scott is on a dog sled in Alaska racing to catch a flight back to London. Reveal = his father has had a stroke and his younger sister needs him to come home to help her and work in the struggling family business.

#4. Conflict. What is blocking the POV character from reaching that goal?
What is making them struggle when the story opens? Usually this is an external conflict which is clear and obvious.
For example. The sea ice is thin and dangerous, but Scott has to take a risk and cross the ice with his dog sled.

#5. Disaster. There is a failure or set-back.
How do the stakes increase? This disaster creates the motivation for the character to act and this has to be external, physical and objective and real.
For example. The ice starts to crack under the dog sled, threatening to bring them all down into the icy water.

#6. Emotional Reaction. Show how the character responds emotionally to this set-back.
First, there is the intense emotional reaction. The character is thrown off balance and hurt and upset.
Describe to the reader how the character behaves, using sensory details, and then how they react. The reaction can be internal and subjective, so don’t worry about diving into the character’s head to reveal what they are thinking.
Next, make it clear what kind of beliefs and values (both good and bad) the character has developed as a coping strategy throughout their lives.
These are the beliefs and values that will have to change when the character battles both inner demons and outside conflicts, as the hero and heroine grow together in the romance, toward a credible resolution where they can have a future together.
By revealing these internal beliefs at the beginning, the reader can see the change as it happens, and recognise how the romance relationship is bringing about positive change in the life of both the hero and the heroine.
For example. Scott is angry and resentful that his father’s illness is putting him at risk. His father did not tell Scott that he had been ill. Scott loves the isolation of the ice and snow, and his survey work in Alaska. The last thing he wants is to go back to central London and work in the family offices.

#7. The Physical Reaction.
This can be an immediate and automatic reflex reaction. What do they say and do in response to this disaster?
For example. Scott reacts by jumping off the sled and working with his dogs to get to thicker ice.

#8. The Dilemma or Question.
This disaster forces the character to work through the difficult choices about what to do next. None of the options are good.
For example. Scott could either turn back to the safe shore he had come from, or go forwards across the frozen bay to the research center and the transport he needs to get to London.

#9. New Decision.
The character had to become proactive again and move forward. It could be a risky decision but it has a chance of working. The decision they take under pressure reveals the true nature of their character.
The best way to reveal the true nature of the characters, is through the decisions they take and their actions/interactions with other characters, in a moment of great emotional tension.
Each scene in a romance should have an emotional turning point, and a plot turning point, which move the story AND the relationship forward, while telling the reader something new about that character.
The conflict should build up until the point of view character in that scene has to react to the information or challenge, and makes a decision and takes action, which spins the story off into the next scene.
For example. Scott pushes the dogs forwards. He takes the decision to go back to London to support his father.

#10. New Goal
The decision they take forces them to move forwards with a new goal and they take action to make it happen. In the process, this launches us into a new scene and the cycle starts again.
The next scene could be with the other POV character, so that if the opening scene is with the hero, then the next scene shows how the heroine is struggling with her own challenges, and is impacted by the decision that the hero has just taken.
I hope this ten-step process will help you to build a compelling opening scene and then a first chapter which will capture the attention of any reader. 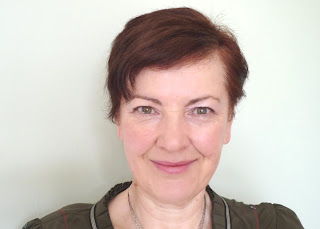 Nina Harrington is an award-winning romance author and best-selling non-fiction author of guides for writers. Over 1.4 million copies of her work have been sold worldwide in 23 languages.
Nina’s latest book is: “Become a Fearless Writer. How to Stop Procrastinating, Break Free of Self-Doubt and Build a Profitable Career.”
For more information and free training go to NinaHarrington.com.

Become a Fearless Writer: How to Stop Procrastinating, Break Free of Self-Doubt, and Build a Profitable Career

Are you Ready to Discover a Proven System to Stop Procrastinating and Move Forward as a Creative Entrepreneur?

What you will learn: 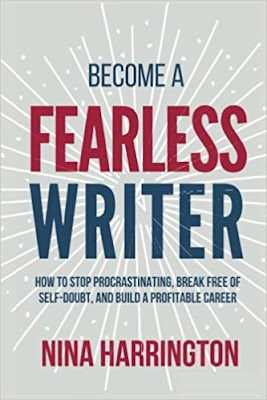 I know how frustrating it can be to start each day with great plans about how much work we are going to achieve in the limited time available and end it beating ourselves up because, yet again, that precious time had slipped through our fingers because of procrastination. That’s why I have spent hundreds of hours finding out how successful authors and solo entrepreneurs have overcome procrastination and developed the deep motivation needed to achieve remarkable results.

The result of that research is the MAGIC 5-Step System.

Who This Book is For:


The 5-Step MAGIC System can be used by any author and creative entrepreneur, pre-published or published, who wants to identify the deep source of their motivation, stop procrastinating and build a successful career as a prolific author.

I have used the MAGIC system to stop procrastinating and leverage the power of motivation in my life. Now, this is your chance to use the same proven system. What have you got to lose? And more importantly, how much do you stand to gain?