Filling in the Back Story by Kate Walker, Indebted to Moreno #Giveaway

Author Kate Walker brought this writing craft post, Filling in the backstory –  what’s the best way to do it?

And she has a new release this month, her 65th title- Indebted to Moreno. And look at the giveaway information at the bottom of this post.


Connect with Kate Walker on the web: 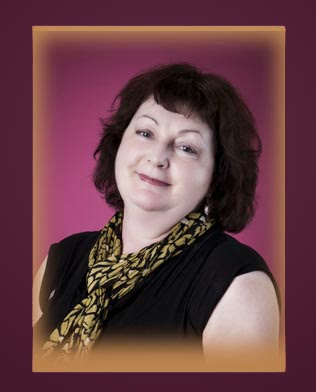 Recently I had an enquiry from a new writer who had submitted three chapters  to an editor at Harlequin and had been asked to send a full  manuscript for them to read,  But she had a problem about the way that she should fill  in the backstory to the plot she was creating. How is it best to write  the details of the past story of the hero and heroine so that the reader understands what happened between them and how it affects their story now, in the present?

She had  started with her heroine seeking a divorce from her estranged husband of convenience because the duration of the contract is up (and she can only pay her debts if she divorces him). Obviously the reader needs to know what happened between her hero and heroine in the past but   what is the best way to do this?  Should she go between the present day and the past, showing in alternate chapters what led to the initial romance, and its break down, and how they ultimately sort things out in the present day.   Or does this create too complicated a structure for the story, and are Harlequin  looking for Moderns/ Presents to be told primarily in chronological order?  she asked.
Now, in most cases the advice I would give is the same as the one the editors always emphasise – that It’s All In The Execution.   The real answer is that you need to consider what would work best for the story.  But in writing category romance,  that is not quite the whole picture, as this genre has very definite requirements that you need to follow in order to meet the readers’ requirements.

My very first piece of advice would be this:  Don’t do  the complicated structure   - in my mind that’s not a good idea!

While I have written books with a backstory where the couple were together in the past The Proud Wife,   for example, has the heroine arriving to sort out her divorce from the hero – lots of authors do and it’s a common theme of many stories.  The hero and heroine of  my newest – and 65th title! -  Indebted to Moreno  were together in the past and  dark problems, caused by lack of trust, came between them so that  they parted  with  a lot of distance and suspicion between them.  But the thing I need to emphasise,  and that  you most need to  include in your novel  is that the reader is looking for the story of the hero and heroine in the present time .  The present day story is what a Modern Romance  (and any  category romance) is all about.    Very occasionally I will  show ‘flashes’ of the past to reveal what happened but these  days I doubt if I would do that in any depth. I might have done more of that in the past, but today’s readers doesn’t want large chunks of flashbacks. And most of them don’t really need it. They can work out what went wrong between your hero and heroine without having to actually ‘see’ it in the story now.   I might include it in their conversation, have them talk about  how they met,  what went wrong, and then by bringing it out into the open, and living through new times together, rediscovering each other they would learn to go forward into a future.  There is one very emotional scene in Indebted to Moreno where they peel away the  masks that have been hiding their true feelings, face up to the suspicions and mistrust in the past and have to confront  their own mistakes and faults that created those situations. But they do this in the present,  by talking about it and revealing the truth  about mistaken memories.

Meeting events such as the ones that caused problems of distrust or  anger or betrayal – or even the ‘Other Woman’  -  between them  can bring up flashes of memory, but not large chunks of details. These can slow down the pace of your story and take the attention off the way their relationship is developing now which is, after all, why the reader has bought the book and what she wants to focus on as she reads.

Now, I know   that really there are no rules – and yes,   the obvious question is 'what would work best for the story?'”    and as editors are always saying  ‘It’s all in the execution,’    But  honestly  for the romance readers  the past is the past. They want to see your heroine and hero overcoming the problems that came between them  in that past.  So yes, they need to know a bit about it  so as to see what’s gone wrong – but they want to read the story of your hero and heroine overcoming it NOW.
The way a category romance is put before the reader now is to show the development of the romance in the present time.  To show what is happening now  because that is how your hero and heroine develop a new and workable relationship . One that will lead the their  happy ever after ending and the way into the future together. Very few readers like  - or in fact even read!! – long flashbacks  so they are best avoided wherever you possibly can.

Thank you all, I’m marking this 65th title with a  special giveaway to share with all my wonderful readers. 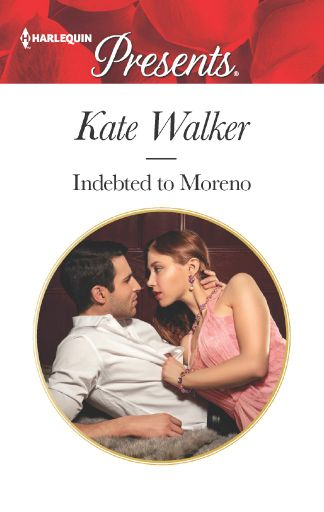 Sins of the past must be paid!
On trembling legs, dress designer Rose Cavalliero stares up at the man she never thought she'd see again. Tall, dark and dangerous, Spaniard Nairo Moreno took Rose's virginity before a misunderstanding led her to nearly destroy his life. But now he's back and determined to collect the debt she owes him.
Designing his precious sister's wedding gown will cement Rose's career. But if she'd known that accepting Nairo's offer would see her blackmailed into becoming a more-than-convenient fiancée to the man who broke her heart, Rose would have said no…wouldn't she?