We have author Janet Elizabeth Henderson sharing with us about writing comedy. She has a new book out this month, Ransom (Benson Security Book 4). 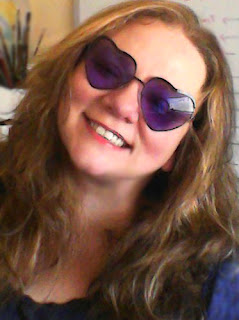 I grew up in Scotland, but after I met my Dutch husband in America we decided to move to New Zealand and that's where we've settled. We bought a patch of land that we've filled with other people's unwanted animals - we didn't advertise for them, they found us! So far we have three miniature horses (we took in two and were surprised 11 months later when a third appeared - yep, we know nothing about horses!), three anti-social alpacas, a grumpy cow, one pet sheep who wants to live in the house, a crazy goat who keeps eating my manuscripts and an escape artist chicken who breaks into our house through the cat flap. And that's just the pets who live outside the house - don't even get me started on the demented, farting dog who keeps burying my shoes! On top of this I have two small girls, one DIY obsessed husband (I said "obsessed" not "skilled") and a 92 year old neighbor who thinks she lives with us. LINKS:

Writing romantic comedy is hard. I’ve written fourteen romantic comedies and I still struggle to get the balance right in each and every book. If you lean too much on the comedy side of the novel, your readers won’t take the romance seriously. And if there isn’t enough humor in the book, you’ll get blasted for not being funny. So how do you get it right?
Well first up, you need to decide what type of romantic comedy you’re writing. If your intentions aren’t clear from the outset, the reader can become confused and lose interest in your book. Here are some of the basic formats:
·         In it together
This type of comedy points out the absurdities of life while the writer encourages the reader to laugh at them from a position of superiority. (Only the writer and reader can see how humorous the story is.)
Example: Anything by Jane Austen.
·         All in the tone
This is where the author’s voice in itself is humorous, but they still manage to achieve depth within the story. This one hard to pull off without becoming so flippant that you alienate the reader.
Example: Kresley Cole does this brilliantly in her Immortals After Dark series.
·         It’s a garnish, darling
This is the type of book that sprinkles humorous dialogue or scenes sparingly throughout the novel. The humor in these books tends to be more subtle and less “wet-yourself-laughing.” (Although sometimes the odd laugh out loud scene will happen.)
Example: Anything Susan Elizabeth Phillips writes.
·         It’s all a farce
This is where pretty much everything is over-the-top and silly. The problem with this is that the reader won’t take anything seriously in your book. Therefore, if you plan to put in some depth, it will be missed.
Example: Mel Brooks movies and the screwball comedies of the thirties.
·         Counterpoint comedy
You see this work best in action movies. In this type of book there is drama, pathos and then suddenly a burst of comedy to lighten the mood. The comedy in these books is relevant to the story and can sometimes be quite dark. Example: Lethal Weapon movies.

My books lie on the line between “It’s a garnish, darling” and “Counterpoint comedy.” When I’m writing I try to balance the humor to ensure there are moments that make the reader smile as well as at least one moment that makes them laugh out loud. But, and this is important, humor in a romantic comedy should NEVER outshine the romance. Readers come to the book for the romance. That needs to be your main focus—always.
So, in saying that, once you know which type of book you want to write, how do you include humor without going over-the-top and alienating your reader? Here are some tips that might help you get the balance right:

1. Put the emphasis on romance
It’s far too easy, when writing romantic comedy, to tip over into just plain comedy. Always remember that the reader is reading for the romance and all humor should be within the context of the developing romance. For a romantic comedy to work well it needs emotional depth. The humor works best when the readers can identify with the characters and their struggles.

2. Make the characters take it seriously
You don’t want your characters to come across as trying to be funny. You want them to take whatever situation they’re in very seriously. This exaggerates the humor for the reader. Characters who are naturally sarcastic or humorous are wonderful, but you want to limit the number you have within each book. Otherwise, it will sound as though every character has the same voice and the book will start to feel flippant and shallow in tone.

3. Keep dialogue sharp and watch sarcasm
A character who is continually sarcastic can put a reader off the story. But, if a character makes a humorous/sarcastic observation about something that is very serious it can affect the way the other characters, and the reader, view a scene. One comment can turn an emotional scene into a humorous one. The key to achieving this, is being aware of who’s making the comment and where it’s placed within the scene. As they say, timing is everything! Banter is also great for comedy and for developing character relationships. Remember to keep it tightly written and don’t let it go on for too long—otherwise it will slow the pacing of the novel and distract from the overall theme of the story. Remember, all banter should be in keeping with each character’s individual voice. If you don’t do this, they can sound too similar and pull the reader out of the story.

4. Include one set piece per book
Instead of trying to think of a funny situation for each and every chapter, come up with just one laugh-out-loud set piece for the entire book instead. This can be a ludicrous situation the characters find themselves in, or a serious scene that takes an unexpected turn into dark humor, or something that goes badly wrong for a character and only the reader (or other characters) can see the humor in the situation. This set piece should be a natural fit for the character and the story. I try to place the set piece in the middle of my books, for pacing’s sake. It boosts the middle—allowing me to show something about my characters that I’d previously been unable to show—while at the same time it’s far enough away from the ending to stop it from interfering with emotional depth as the characters resolve their feelings for each other. I’ve found that very few stories can work well with more than one set piece. This is because the more there are, the more they detract from the emotional depth of the romance.

5. Keep the reader in on the joke
I’ve found that having a character take themselves seriously, but come across as absurd or funny, is more humorous than having the character aware of how funny they are. The reader can see how ludicrous the situation/character is, but the characters involved in it are oblivious. Don’t try to be too clever with this technique, it can come across as patronizing. Like everything else in writing romantic comedy, the focus should always be on the romance and not on the comedy.

6. Pay careful attention to how other characters treat a comedy element
Sometimes it’s fine for a character to laugh at someone who’s being funny. That tells the reader that the person who’s enacting the comedy, but isn’t aware it’s comedy, is in fact seen as humorous by those around them. Sometimes, the humorous tension in the scene is increased when the characters around the funny person take them seriously and don’t see the humor. I use both techniques in my books. I’ve found that, if characters laugh at each other too much the reader doesn’t take the humorous characters seriously when they need to.

7. Humor works best as contrast
You need the emotional depth in a romance to offset the comedy. You need the gamut of emotions within your book. Aim to make the reader cry as well as laugh. The contrast will emphasize both the romantic side of the book and the comedy side. Remember the relationship between your hero and heroine is your priority. A reader will laugh louder and harder if they’re invested in the characters.

8. Keep it natural
There is a lot of humorous potential in romance, but it should always be a natural product of the story you’re telling, otherwise it will feel forced. If the comedy element you’ve written doesn’t tell you something about the characters, or move the story along, or create conflict—it isn’t worth having in your book. Comedy, like every other element in a novel, needs to reinforce the overall premise of the story.

9. Be careful of crass humor
Because of the subject matter—all that physical interaction—it’s easy to slip into crass humor as a romantic comedy writer. This can seriously put a reader off. In the fourteen books I’ve written, I’ve only done this once. I still have mixed feelings about the scene, because I feel both amused and embarrassed when I read it, but it fits the characters and it moves the plot along and it was essential to the dynamic between the hero and heroine. Be really wary of crass humor. Unless you want to write like Benny Hill or a Carry On movie, this can kill your story.

10. Have fun with it
The chances are, if you find something funny, someone else will too. So entertain yourself as you write. Keep notes on situations in real life that make you laugh. Look out for situations that are ironic or absurd, but are taken seriously by those involved. Write down witty one-liners you hear, you might be able to use them later. But through it all, remember you’re writing romance. The comedy is just the icing on the cake.

I hope this helps. Writing romantic comedy is a serious business, but a whole lot of fun. Happy writing! 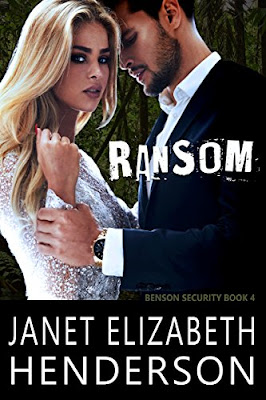 She’s an Oscar-nominated actress from a British acting dynasty.
He’s an Atlantic City MMA fighter who grew up on the streets.
Together, they’re each other’s only hope of survival.
When a new and power-hungry cartel nabs Belinda Collins from her sister’s wedding party at an exclusive jungle resort in Peru, John Garcia, a.k.a. Beast, tries to stop the kidnapping—only to be taken himself. The couple are transported deep into the Amazon rain forest and a ransom is demanded. The pair know that as soon as their kidnappers realize Beast isn’t famous, they’ll consider him surplus to requirements and kill him. Their only hope is escape. But with no jungle experience between them, running into the rain forest could be just as deadly as taking their chances with their kidnappers.
With their friends at Benson Security searching for the pair, and the jungle-savvy cartel hunting them down, Beast and Belinda have to work together to get out of the rain forest alive—before someone, or something, ensures they never leave at all.
*** This is an 80,000 word standalone novel with an HEA ***