Looking Back Over Your Work - Two Years Later! by Sally Quilford 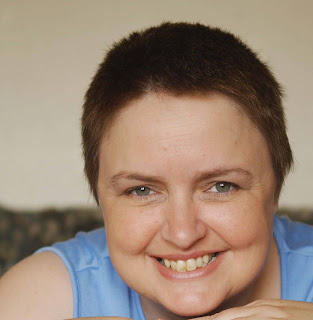 It’s apt that I’ve been asked to write this post on editing, because when Pulse accepted my novel, Lonesome Ranger, it had already been published as a 50k novel (Sunlit Secrets) by My Weekly Pocket Novels. Pulse editor, Kate Allan, asked me if I would mind losing around 3000 words. At the time I was not sure if I could even lose 500! However, I had promised to deliver a book and I don’t like letting editors down.

I generally edit as I go along. I change words here and there, always looking for the best way to say something. Then when a novel is finished, I go back and read through again to see how I can improve those words. Then finally I do a spellcheck, which often picks up on anymore clumsiness.
I had not looked at Lonesome Ranger since I sent it out to be published over two years ago, and it was an interesting exercise to go back to it. It was like reading someone else’s words. I was able to pick up on typos and errors I had somehow missed the first time. Going over it also helped me to realise just how much of it might be seen as padding. So I chopped it up, and altered phrases here and there, with the benefit of time and hindsight. Over the course of several days I was able to lose not just 3000 words, but nearly 4000 words, and all without losing the essence of the story.

Was my earlier editing job shoddy? I don’t think so, not counting the obvious typos. For the market at that time, it had to be 50k words so I gave the market what it needed and I tried to ensure that even the padding was relevant to the story. But it was still an education to go over it again with a view to shortening it for a different market.

If you can bear to put your work away for a year or two, and then go back to it, you’re bound to find ways to improve it. Most of us don’t get that chance because as writers wanting to earn a living, we just can’t afford to have our work hanging around on our hard drive.

Do you have something on your hard drive that you haven’t placed, and/or which you may be able to sell on? Maybe you could go back to it and see if you can edit out at least 10% of the words, then try it in a different market. It’s a real learning curve and proved to me that no story is ever entirely perfect. You can always find ways to improve it given the time and opportunity.

There comes a time, however, when you have to let your baby go out into the world, so my advice would be to edit to the best of your ability, but then just let go.

Welsh born suthor Sally Quilford has been writing since 1995, but only seriously since 2007.  She is the author of numerous short stories, published in British periodicals and also numerous romantic intrigue novels, many of which have initially been published as pocket novels in the UK, that is novellas published in a magazine edition with a shelf life of 2-4 weeks. Most of  her work is published on Amazon. You'll find her at her blog http://quillersplace.wordpress.com.  Her current release is Lonesome Ranger. 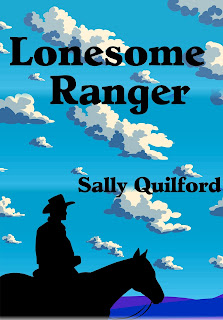 Englishwoman Connie arrives in California with nothing and no one in the world. She has the chance to take a job as a schoolteacher, but this chance is based on a lie. Handsome cowboy Nate Truman has his own secrets, but can he forgive hers?